Some odd, or interesting, things about Maine that I wanted to share. It’s always neat to see a different part of the country and see not only the landscape but also the industry that supports the area. Where we were was considered northeastern Maine and their income is predominantly based on potatoes. Who knew? When I think of Maine, I think of trees. Not so in this area, there was a lot of farmland which was currently filled with a variety of crops, but mostly potatoes. Come to find out that Maine is a large producer of seed potatoes and potatoes for french fries. It comes in as the second largest source of income for the state, only behind lobster.

The area was also home to the largest, most accurate, scaled solar system. We kept seeing random planets along highway 1 and came to find out that it was a project of a local college. It’s to 93,000,000th scale. Seems really dumb if you ask me but after seeing the size of them and driving from one to the next, it really did put things into perspective. I didn’t see it but the sun was 40′ in diameter while the earth looked to be about 3-4″ in diameter and it probably took us about a half an hour to drive from the beginning to the end. Here is Jupiter and Saturn as examples. 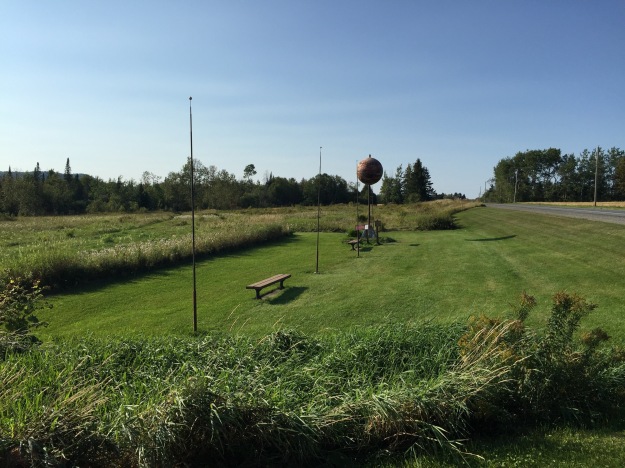 Going back to the Loring Air Force Base that we were on, we did hear quite a bit more about it as well. It was an extremely busy place during its time. The runway is 7′ thick concrete and was the largest heated runway in the U.S. It had the largest munitions depot which included nuclear weapons and nearby missle silos. It was the closest base to Russia which made it extremely important during the Cold War. It’s a bit of a ghost town now with empty buildings and rows of vehicles just left in their original parking spots. We did find out that it is currently only used for land speed racing, nothing else. I can only imagine what it would have looked like when it was lined up with B-52’s and all the hustle and bustle that went with it. 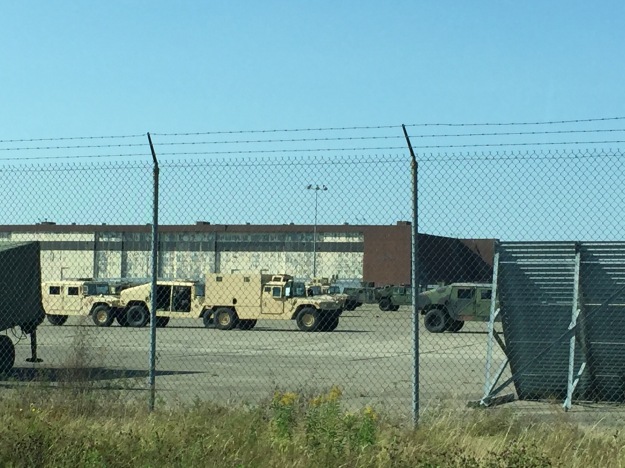 So, there you go. Didn’t know you were going to learn such interesting facts today, did you? I like to keep you informed as well as entertained! We never did see a moose which was pretty disappointing. We did, however, have two burst trailer tires which was exciting enough. Cora was a trooper in all the traveling and got many compliments on her own hot rod. We just aren’t sure what class she would run in. May have a slight speed addiction herself someday. Go figure!

Thanks for following us on this adventure. Land speed racing is kind of a niche hobby and it’s nice to know we have a lot of supporters, even if you find it boring or don’t quite understand it. Some days I can’t figure it out either but when someone puts so much effort into their dream, it’s nice to see that it is appreciated. Please follow us again when we go to the upcoming Ohio Mile on the 26th & 27th of September.

Sunday was another beautiful day for racing. Not many people left so you could keep hot lapping if you really wanted to. After Saturday’s unsuccessful attempts and trying lower and higher gear sets, we went back to the original gear set for our first run of the day. We also changed plugs and taped any holes shut that we could around the front axle for better aero. That run was 153 in the mile and 164.6 at the mile and a half. Not bad but still just couldn’t seem to crack the 165 even though that was the best that we had done here.

After a little debate, we taped up any additional holes that could be taped, changed the fuel mixture to be slightly richer and planned for more aggressive shifting. I just kept telling Andy to find the gas peddle the next time!

Overall, it was a good experience with all the new changes that were made to the car. They did make it go faster and the best part was is that he didn’t break anything!!!

Andy would like to note that if you see the timing slip below, he is now a record holder in his class. Only because there wasn’t any record but someone has to be the first! 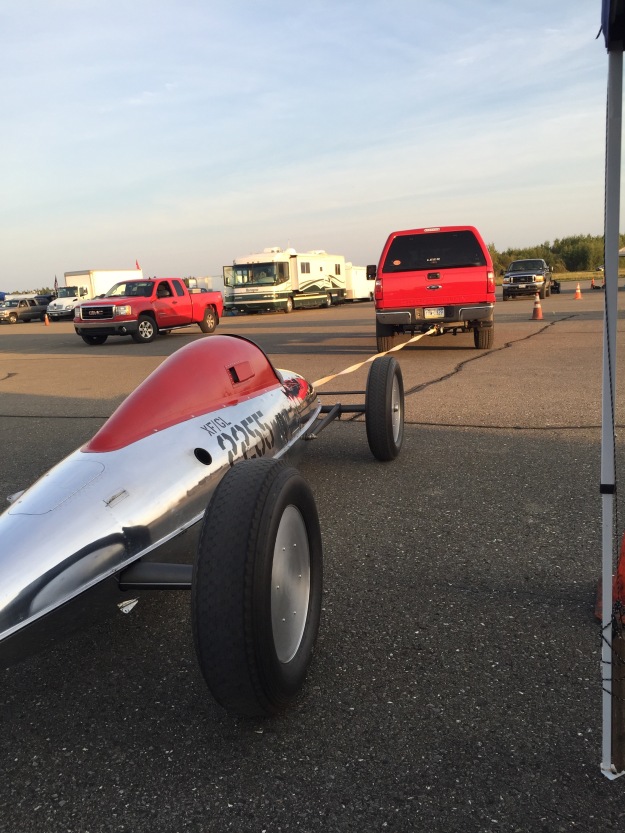 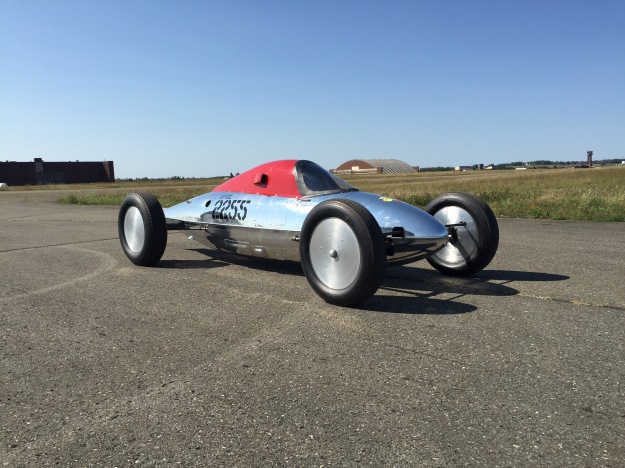 Only issue is a slipping clutch which we are adjusting the spring pressure up.

Saturday – Next run came in at 152.05 at the mile and 164.42 at the mile and a half. Just did a few adjustments and are in line for another pass. Beautiful day up here, 84 degrees and sunny with a nice breeze. Still no moose! 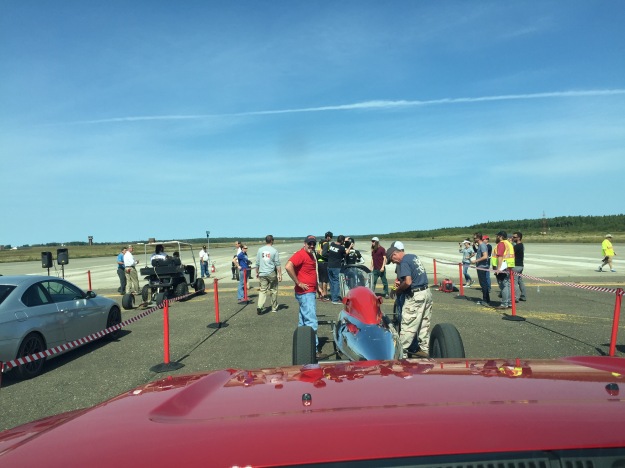 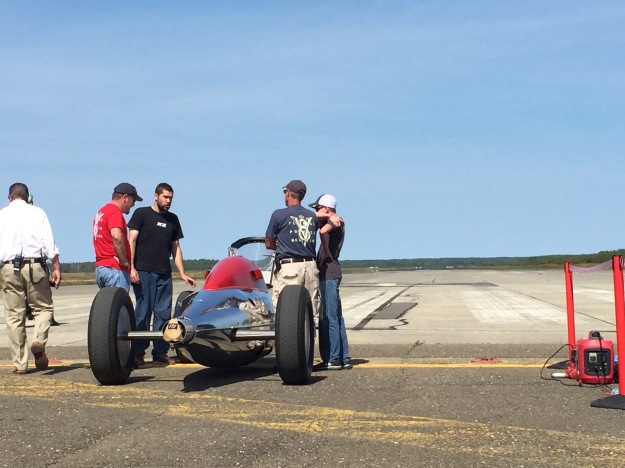 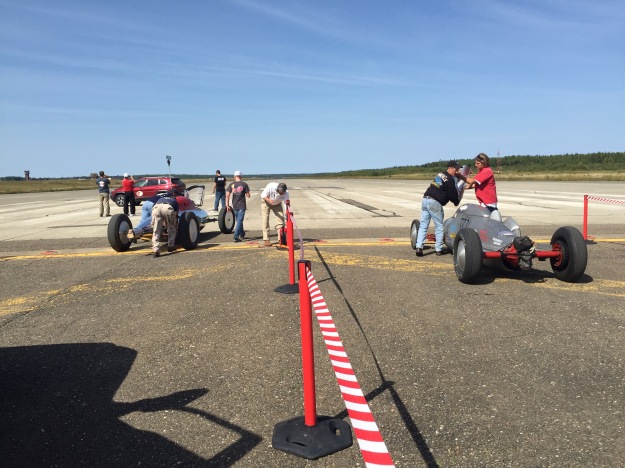 The first thing that comes to mind is to just say, “the Bitch is on the move again!”

Hello and welcome to past followers and any new visitors that may have heard about our little adventure. As you may know, the Blonde Bitch has undergone extensive upgrades in the past year to get to Bonneville. Due to poor salt conditions Speedweek was unfortunately cancelled. Luckily it was before we were on our way.

So…..this led us to a new part of the country for racing – Limestone, Maine at the former Loring Air Force base. Just can’t seem to do anything close to home, that would take away all the fun. The base was built after WWII for heavy bombers and was eventually closed in the mid nineties. The strip is now used for land speed racing and some private aircraft. The runway is 2.9 miles long of which we will go 1.5 miles under power and be timed at the 1 and 1.5 mile markers.

I’ve had a few requests for random photos from our drive since a bunch of you are stuck in an office while we get to view this great country of ours. Since we’ve been in Maine, I’ve been looking for a moose but this is all I’ve found for now.

As you can see, we’ve had an addition to our pit crew. Cora is very excited to finally get to see the racecar out of the shed. Then again, she gets excited about a lot of things! If you are wondering, yes, she has been brainwashed into loving anything with an engine and that goes fast so I’m guessing she’ll do just fine at this event.

The only interesting part of our trip so far was last night when a trailer tire almost blew. Andy spotted a bubble in the tire while driving and we got pulled over before anything happened. It got changed quickly and off we went. A fairly boring drive other than Cora asking repeatedly for Cheerios or to watch Frozen, again and again and again.

Keep following if you’d like to see how the car does in such a different environment and with all the changes that were made to the design. It will be nice to see her stretch her legs again, they’ve been cramped up for a few years. Guess that’s what you get for having a kid! 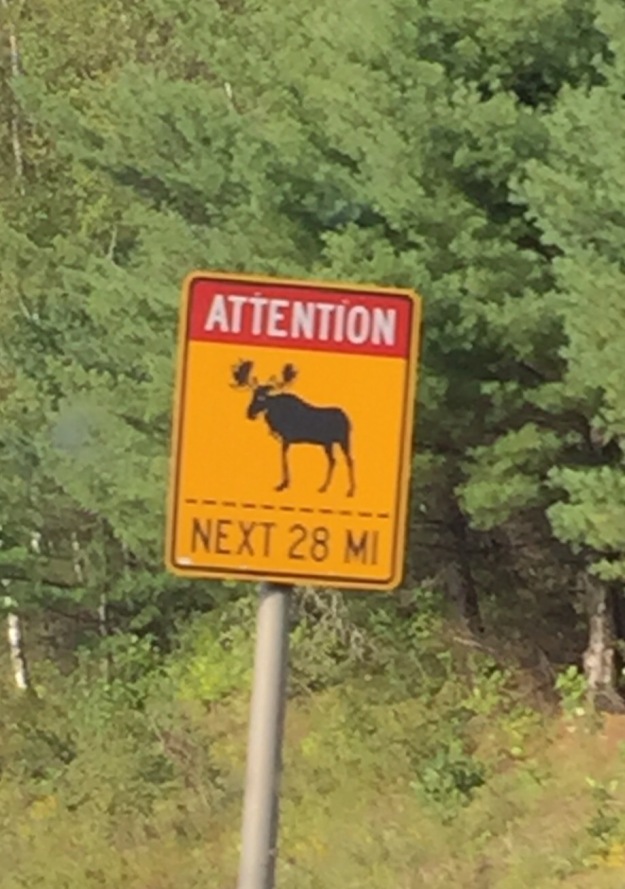