I thought I was going to miss it today! The boys got in line and didn’t have the normal four hour wait this morning. We got to the starting line right before she made her first pass of the day. That little bug was buzzing along and got us there just in time to throw Cora into the truck and off we went. I really thought we weren’t going to make it.

This time it all went right! She ran 165.319 which is just over the 164.9 she ran back in 2012 when we were here. Not too bad but I know we are all hoping there is more in there. Andy felt that it was still running rich and wanted to put to make some minor adjustments before making another attempt. 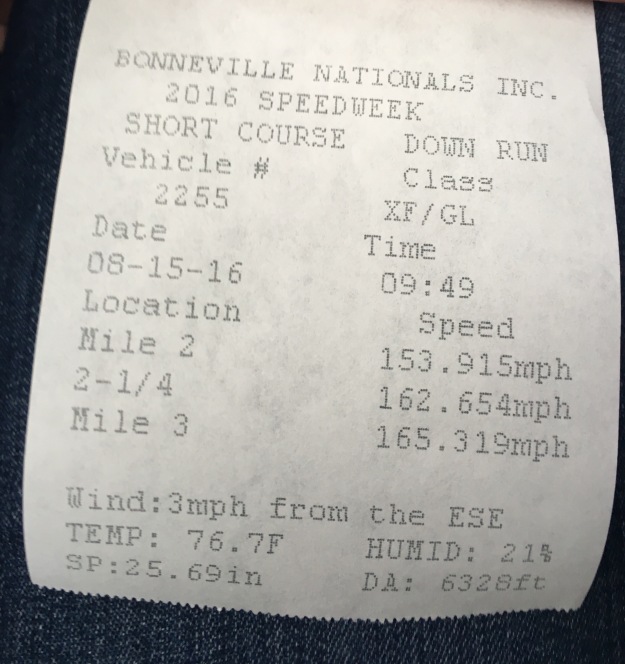 Don’t let that temperature fool you. It started out overcast and was wonderful when the sun was not glaring right on you but that soon changed. It got in the low nineties with about 12% humidity which makes everything dry out. We even had zip ties on the trailer busting because they had gotten so brittle. This place is just its own beast in which things can change in an instant. In fact, they did close the courses early today due to sudden wind that picked up. They announced about 24 mph winds which doesn’t work well with an event like this. We were glad we had gotten the second run in before this started and even happier about our improved flat canopy. We saw many a pop up tent start rolling away and crews holding onto tent poles to keep them from flying. One thing we did not worry about!

After making the necessary adjustments, they got back in line again and waited a few more hours for the second run of the day. And…..she ran 165.1. Not the direction I wanted him to go! But again, there are still tweaks to be done. The time through the first mile and the two and a quarter mile were faster, it’s the overall speed that is the same. A lot of the tweaking is due to the density altitude which is the equivalent of 7,000 feet. In this environment, the hotter the day gets, the more horse power you loose. That is why it’s nice to try and get an early run in before it gets so hot.

They’ve changed the gear set to a slightly lower ratio hoping to give it more power and pull to a faster speed. They also checked a few other things and will roll out again tomorrow morning. My thought is to just put a woman behind the wheel and I’m guessing you’d get a bit more out of her!

In reference to the quote today, is this getting to a point when you know you’ve spent too much time with the same people? I got some sort of fluid on my pants in our trailer and Steve so graciously offers, “Let me smell it, I have good sniffer.” And oddly enough, I did. The smell has yet to be identified.

And this is just because it’s great. This is the Beetle that was resurrected by Steve and the boys just for this trip to yack around in. We’ve found it extremely useful and it’s also finding itself frequently being photographed. Everyone just loves a bug!​ 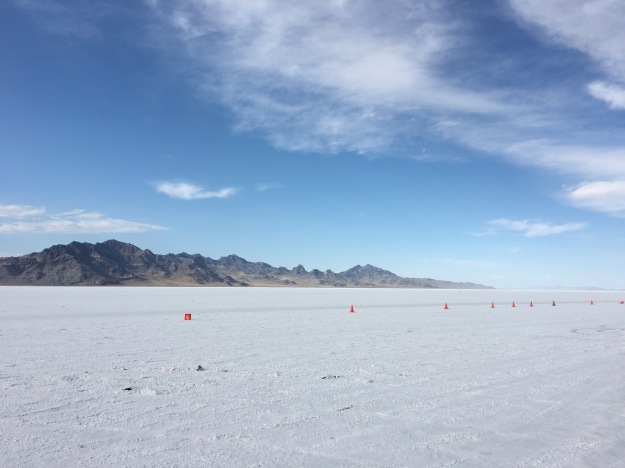